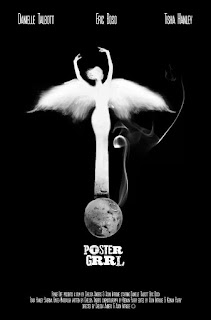 Hello everyone!!! I know it's been some time since you've last heard from moi. Especially after my original blog Model Sabrina Hayes Blogspot somehow disappeared, which I was gravely disappointed after all the work I put into it over the years but I can't cry over spilled milk, the show must go.

Anyway, a lot has been going on since then. From dealing with my lil man becoming a moody teenager to currently promoting a short film written and directed by Chelsea Anders called Poster Grrl in which I play a therapist. The movie is about the downward spiral of a young woman through drugs and alcohol. I felt so honored to be part of such an amazing project and I am certainly looking forward to the premiere which is scheduled for August 5th 7pm at the Gateway Theatre in Columbus, Ohio. Hoping to see a lot of faces there supporting the film.

My Consumer Pick For the Day